This summer and fall, I’m going to make playlists and write about them. This is the fourth entry in a series called “Chaos.” If you’d like to read from the beginning of the playlist, start here. Hope you enjoy. 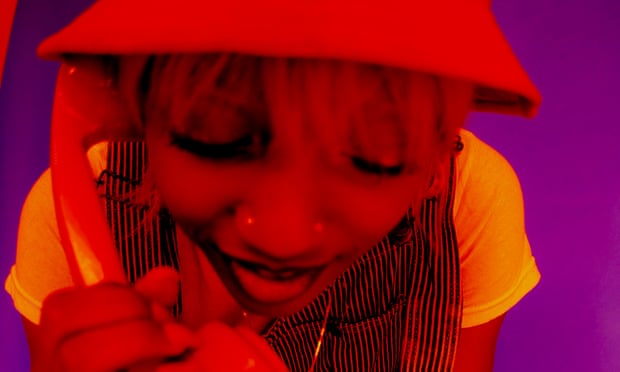 “Learning From My Mistakes…but I Lost Your Number,” by Liv.e

People often use the word “despair” interchangeably with sadness or depression, but they aren’t quite the same. In some ways, despair is worse. Where sadness is mobile—rising in reaction, flowing with tears—despair feels like stillness. Where depression roams the mind, colors the world, reveals its hand through changes in our bodies and in our outlook, despair takes a seat quietly at the table alongside reason and observable fact. Despair is the fixed endpoint toward which the river of depression moves. It can hitch a ride with inevitability. It trucks with truth. I’ve come to associate despair with the sight of my ceiling, because I wrestle it every day when I wake up.

Hope, despair’s opposite, claims that the outcomes aren’t so fixed. I called “Dang!” the beginning of hope on this playlist because it achieves the near-impossible task of holding love and the death of love at the same time; it tries to throw a wrench in the patterns destroying a relationship. Instead of “I keep losing you,” it’s “I can’t keep…”; the speaker can’t keep this up, he discovers. Anderson .Paak pleads with the forward momentum of time and inevitable loss: “Wait!”

In the fifth song on this playlist, the Dallas-born, LA-based Liv.e (the “e” is silent) documents the awkward period following these life-changing realizations, this breaking of harmful patterns. As any of us who have made a mid-life pivot know, the weeks or months or years after a turnaround are not rosy or clear-cut as they may have seemed from the other side. Say you make the giant step of snipping ties with someone who treated you like the speaker of “Marie” treated his partner, or say you make like Dennis Wilson and try to leave the clutches of a Manson-esque cult, or say you decide not to cast your vote for an abusive racist reality star. The next day you may wake up and everything looks the same. The headlines are blaring arguments with each other, the dishes are crusty in the sink, the headache you thought you cured is back. It’s natural, then, to want to go back to a world you recognize, where you, at one point or another, found safety and comfort and even joy. Despair is the thing that, while you are doing dishes, silently puts up a barrier between you and the possibility for joy and safety elsewhere. You turn around, your hands still wet, and you forget why you decided to do things differently in the first place. Your head throbs—literally and figuratively—with all of the same old problems. You thought you’d changed course; why do the same fears keep following you? What does the New You do when these problems arise? There’s no manual, and if there is a manual, the words might ring empty and false. You have no proof for their efficacy, whereas you have years of proof that the old way makes you feel good. Your stomach drops out and you panic. You run back, you curl up in the comfort of your old logic. Yesterday you’d thought it would all be so clear, but it’s still same fuzzy, painful sh**. Might as well get in bed with the evil you know.

I wonder what it would be like to view the humanity of others as a mistake. To be so confident in your own way of seeing the world that you think if you could just get rid of people who aren’t like you, things will be great again. I believe those who think this way are hurt when the rest of us hurt, whether they acknowledge it or not. Just as your bank account (or powerful public office, it turns out) won’t protect you from the virus, or from violence, or from unrest, the walls you put up won’t keep out humanity, either. Even if you try to drive your tenderness out by investing in displays of might, even when you prioritize the accumulation of wealth at all costs, even if you soak yourself in nationalism and patriotism and fake purity, I think you’ll always find that human hearts are full of the error of sweetness, full of hesitation and impulse and secret softness. Perhaps it’s because humans who believe themselves protected by some kind of supremacy know deep inside that they risk themselves as much as they risk others. When we pretend the mechanisms of centuries human enslavement have not affected our current systems, when we stop caring that 200,000 are dead because it’s not the millions that were promised, as one American put it, we include the value of our own lives in this casual dismissal. When we ignore the pain of the families destroyed by ICE, the families destroyed by the unresolved trauma of trigger-happy police, the families destroyed by unprecedented climate disasters, we devalue the fabric of our own families. It is not simply us vs. them. Fortunately and unfortunately, we are all us and we all are them, connected by land, by our shared resources, by our bodies in the 99.9% of our shared DNA. History has shown us over and over that it is a fatal error to forget this.

This steady forgetting of the humanity of others—this idea that not only are we not responsible for each other, but that we should be openly hostile and separate—looks all too familiar. Isabel Wilkerson’s Caste: The Origins of Our Discontent excavates the origins of our invented and perceived social orders, and draws figurative (and literal) parallels between the rifts created by design in the Jim Crow South, those manufactured by policy and propaganda in the Third Reich, and those manifesting themselves in the rhetoric and policies endorsed by the current administration. “To dehumanize another human being is not merely to declare that someone is not human, and it does not happen by accident,” writes Wilkerson. “It is a process, a programming. It takes energy and reinforcement to deny what is self-evident in another member of one’s own species.” Then, later: “Caste is insidious and therefore powerful because it is not hatred, it is not necessarily personal. It is the worn grooves of comforting routines and unthinking expectations, patterns of a social order that have been in place for so long that it looks like the natural order of things.” Little phrases, little words. Cartoonish nicknames, shithole countries. Stand back, stand by. I don’t really care, do you? It is what it is. It’s just locker room talk. Change at a slow drip that becomes a shower, and then a storm. Change that feels so distant and yet so close, so invisible you could almost convince yourself it’s not there, until one day it’s raining on your house. Wilkerson opens the book with an image of ashes that begin to fall from the sky over a German town. As the days pass, she writes, the townspeople sweep the charred human remains from their stoop. It becomes a chore, like doing the dishes.

A change in oneself does not have to look drastic, at first. We can wake up one day in the same world, make breakfast if we have food enough, and decide whether to be grateful of what we have or fearful it will be taken away. Generous or paranoid. Curious or dismissive. What I love about this song—in addition to, of course, the jazzy of cocktail of R&B and spoken word—is that Liv.e crafts the tone of her speak-singing as an update to an old friend, the “real friend since the first time,” she calls her listener, the kind of friend who you know will call you on your bad behavior, who has seen you try and fail, who will love you no matter what, even if you change. Liv.e’s casual sing-song implies that she trusts her listener to accept her for who she is, someone who believes in her capacity to be, as she puts it in the chorus, “…Learning from my mistakes.” Then, in the verses, like the banality and everydayness of evil, there is also the banality of hope. There is acknowledgement of the unavoidable panic that accompanies a new path: “I been freakin’ out,” she says, and later, “I been spinnin’ in my head real fast.” But she is also trying to take in what she sees and feels in stride: “I been holdin’ down,” she assures her listener. “I been sittin’ up, lookin’ around.” Nor does she give up on her surroundings, or her vision: “Flipping dreams, stayin’ on the scene.” This is where real change occurs, in small gestures, small increments, almost invisible to the outside world. “You know,” Liv.e sings, “Letting my love flow a little cleaner.” Reframing assumptions as questions. Asking these questions to your loved ones, to strangers, to local politicians with a dry, nervous mouth. Asking questions of yourself. Breathing.

As many of our fellow humans go to their deathbeds too early—and many of us will follow them, thanks to those who flatten the humanity of others and themselves—we can imagine what will matter to us on our own deathbeds. Whether or not we were loved. Whether or not we gave love. How we will be remembered. Those who are participating in the quiet dehumanization of their fellow Americans can, like Liv.e, take a pause in the middle of the song and sing a different melody. “I know, I know, you thought the song was over…” she sings. “But that’s incorrect because life keeps going on. And energy never dies, does it? No, it doesn’t.” If energy never dies, there is no such thing as a fixed outcome, and despair is a lie. If energy never dies, it’s never too late.